Lipoplasty: The aim of the operation

” Lipoplasty ” is the simultaneous performing liposuction and transplantation of aspirated fat in other areas of the body or face.

The distribution of fat in the human body is genetically determined and varies by gender.

The local excessive fat deposition (hyperliposis),  on some specific parts of the body , is also genetically determined pathological condition

The aim of surgery is to remove excess fat from specific areas of the body and placing it at another part, where an increase in the volume or perimeter is needed. Normally one surgery is sufficient but in rare cases a second surgery is required.

It should be emphasized  that liposuction is not a slimming method, because, by today’s standards, the maximum amount of fat that can be safely removed from a healthy person in one operation is about 2500 and 3500 ml of fat (2.5 to 3.5 liters).

It should be noted that the areas of local fat deposition cannot be dealt with any other non surgical method such as massage, machines or local injections of various drugs . Even after excessive weight loss, fat is maintained at these areas and a further weight gain of 1 or 2 Kgr may lead  to the depotition of fat primarily to those areas.

Description of the operation

The operation is performed under local anesthesia and mild sedation. The patient goes home on the same day. In certain cases a general anesthesia may be required.

After proper preparation 2-3 very small incisions are made in each point of liposuction and very thin cannulas of diameter 2 or 3 millimeters are used,  through which fat is sucked and removed.

Very fine sutures are placed at incisions points. The fat aspirated is processed, concentrated, and transplanted using a special technique in parts of the body or face, to achieve increased volume or perimeter with autologous material. 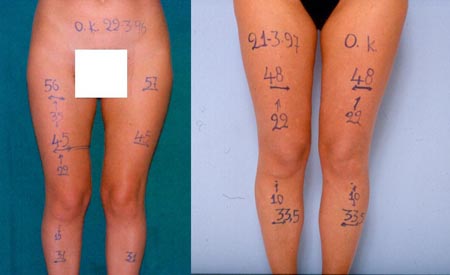 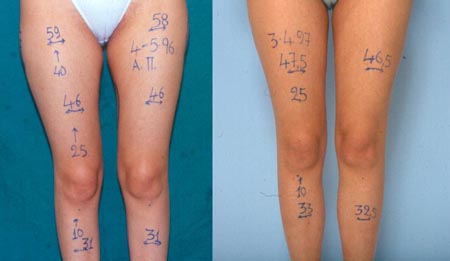 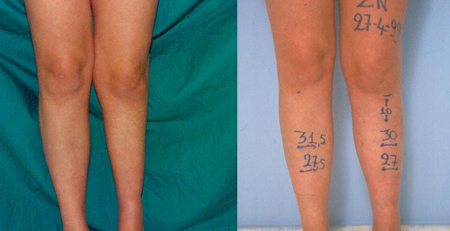 To achieve the optimal results it is advisable to adhere to the doctors recommendations and to not gain any extra weight for the next 6 months.

Although a clear difference is seen after one month, the desirable result can be observed, after a period of about 5-6 months.

Liposuction is one of the safest procedures when performed by qualified plastic surgeons.

Very rarely seromas collection of serous fluid can occur at some point of the liposuction, which if not self absorbed may require aspiration.

Generally, liposuction is the most common operation of plastic surgery worldwide, because it is safe, leaves no scars and a permanent and definitive result.

After a period of about 2-3 months the desired result can be observed.

Strict adherence to the doctor’s instructions is essential for good results.

Please ask us for everything you see important.

Postoperative results of operations you can see during your visit to the clinic.